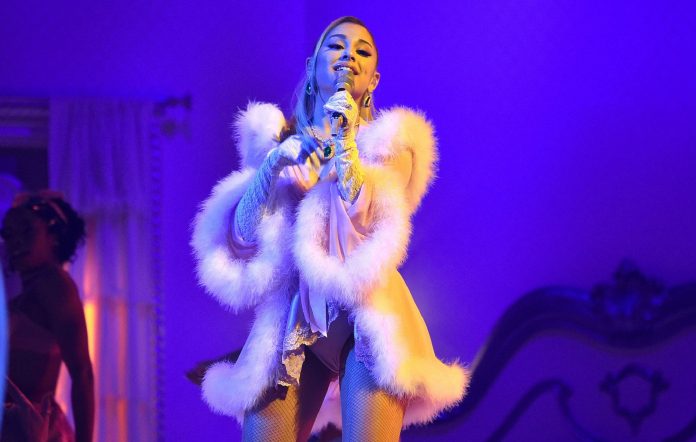 Ariana Grande has shared a new teaser for her upcoming new album.

The star revealed this week that she will release a new album this month.

Earlier in October, Grande told fans that she was putting some finishing touches on new music, and also urged fans to vote in the upcoming US presidential election.

Now, she’s shared a new teaser on Instagram that hints at a potential album title. A video shows Grande typing on a laptop in slow motion until the word ‘positions’ appears, which fans think might be the title of her sixth album.

See the teaser below.