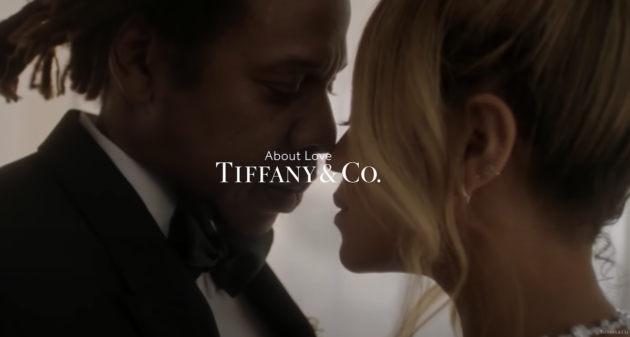 he Carters celebrate love in Tiffany & Co.’s “About Love” campaign.

Directed by Emmanuel Adjei, the 90-second spot was filmed at Los Angeles’ Orum House. Jay films Bey on a Super 8 Camera while she covers “Moon River” from the 1961 movie Breakfast at Tiffany’s at the piano in front of a Jean-Michel Basquiat’s “Equals Pi” painting. Mrs. Carter also flies a private jet before touching down where her husband awaits her.

Bey also wears the legendary 28.54-carat Tiffany Diamond, one of the world’s largest yellow diamonds and is the first Black woman and fourth person to wear ever to wear the stone.