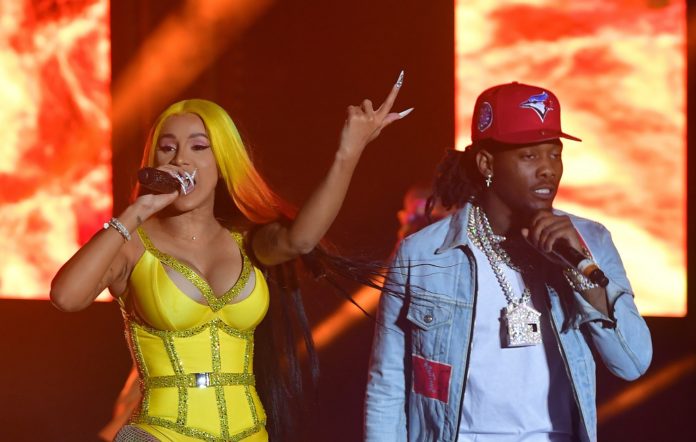 Cardi B has opened up about why she has decided to divorce Offset after almost three years of marriage.

It was reported last week that the rapper had filed for divorce in court documents in Georgia.

The two married in secret on September 20, 2017, which was followed by an onstage ‘proposal’ a month later, making the news public.

Their relationship has been plagued by rumours of Offset’s cheating, and they announced a split in December 2018 before they reportedly got back together the following year.

Cardi B talks about divorce with Offset:

"Nothing crazy out of this world happened, sometimes people really do grow apart. I’ve been with this man for 4 years. I have a kid with this man, I have a household with this man. Sometimes you’re just tired of the arguments & build up” pic.twitter.com/btTOglE38L

Now she has taken to Instagram to explain her decision to divorce her husband.

“I’m okay. I wanted to let y’all know I have not shed not one tear,” she said. “Every single time that this guy has been so crazy, so fucked up and it hits the media, I’m always crying, always sad because I don’t like that type of shit.

“This time, I wasn’t crying. You want to know why? The reason for my divorce is not because of none of that shit that ever happened before. It’s not because of cheating. I’m seeing people like, ‘Oh, he has a baby on the way.’ That’s a whole fucking complete lie. That’s the second time people are trying to pin babies over here. No, that’s bullshit.”

“I just got tired of fucking arguing,” she continued. “I got tired of not seeing things eye to eye. When you feel like it’s just not the same anymore, before you actually get cheated on, I’d rather just leave … Nothing crazy out of this world happened, sometimes people really do fucking grow apart.

“I been with this man for four years. I have a kid with this man, I have a household with this man … sometimes you’re just tired of the arguments and the build up. You get tired sometimes and before something bad happens, you leave. What is so bad about that?”