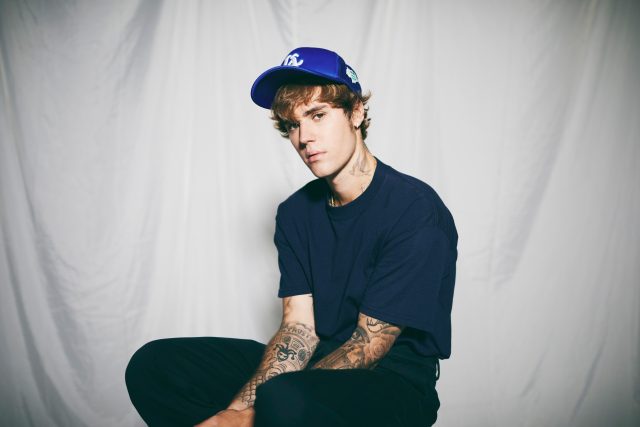 Changes was a funny name for an album that rarely seemed to change at all. Conceptually, it made some kind of sense: Justin Bieber’s life had transformed in the four and a half years since Purpose, the blockbuster LP that spawned three #1 hits, infused Bieber’s pop-R&B sound with an EDM undercurrent, and completed his transition from teen idol to full-blown adult pop star. The premise back then was that the wild child known for driving drunk, egging his neighbors, and pissing in a restaurant’s mop bucket had discovered new meaning and direction thanks to God. Having continued down that path for half a decade, the Bieber who dropped Changes in February was now stable, drug-free, and happily married, a union that had apparently turned his life upside down in the best way.

Listeners could not miss Bieber’s enthusiasm for Hailey Baldwin, the supermodel and Hollywood heiress he wed in 2018 just months after rekindling their romance. You’ve heard of “wife guys,” men who rise to fame by posting fawning content of their wives on social media? Changes was the A-list pop album equivalent. Or maybe it was the pop-star version of a similar trope, the youth pastor who can’t stop telling people about his “smokin’ hot wife.” Song after song explored Bieber’s awestruck reverence for his Mrs., chronicling at length their cataclysmic sex life and the way her loving support had become a shield from fame’s unforgiving spotlight. Nearly all of these dispatches from the Bieber homestead were set to vaporous trap beats that gave the album a sense of endless blurry reverie.

pastors: My wife? She’s HOT. She’s right there. See her? That pew right there. Hey hottie! Oops 😂 Omg 😅 I did it again. Sorry she is just so hot. I’m sorry Bethany (my hot wife). 🤣I can say this because I’m married (to my hot wife). 😜 Okay now open your bibles to-

Thematic and aesthetic consistency can be virtues, so it’s possible to imagine a version of Changes that made the most of the album’s strengths — namely Bieber’s lithe, powerful vocals, immaculate production that mirrored his lovestruck haze, and a sense of real emotional vulnerability on display. One useful guidepost could have been Kacey Musgraves, who similarly basked in the glow of a new marriage on her world-conquering Golden Hour, setting her stories of love and anxiety to dreamy pop-country arrangements that became the album’s own unique sonic language. But Golden Hour boasted some of the sharpest, most poignant songwriting in recent memory, and Musgraves acknowledged the world beyond her beloved from time to time. Had Changes executed its vision with such nuance and dynamics, maybe I’d be praising it as a vivid and immersive portrait.

Instead, the solipsistic serenades just kept piling up, softly but relentlessly, with minimal variation in mood, tone, and texture. It was like being privy to a steamy makeout session that goes on uncomfortably long while also sloshing around in a puddle of digital soup — a feeling exacerbated by lyrics alternately clunky (“Let’s get it in expeditiously”) and corny (“Heart full of equity, you’re an asset”). Despite some ear-catching hooks — the computer-synth melodies that serve as the spine of “Intentions,” the way “Take It Out On Me” samples dvsn sampling Ginuwine like sultry R&B matryoshki — on balance the flaccid writing and oppressive sameness had a suffocating effect, so that pleas like “Could you be here with me forever, ever, ever?” started to feel like threats toward the listener. And contrary to the boy-II-man arc he was aiming for, Bieber’s borderline-codependent posture made the album feel infantile, a perception reinforced by a lead single called “Yummy.”

By Justin Bieber’s lofty standards, Changes flopped. In the years since Purpose, Bieber’s presence helped Luis Fonsi and Daddy Yankee’s “Despacito” and DJ Khaled’s “I’m The One” top the Hot 100, yet “Yummy” was blocked from its stan-ordained #1 debut by Roddy Ricch’s organically popular “The Box” and was not long for the top 10 after that. The album itself only did about a third of Purpose’s first-week numbers and did not linger near the top of the chart the way so many streaming-powered pop and rap releases do. Bieber had to downgrade his stadium tour to arenas even before coronavirus pushed it back to 2021. But there is clearly some kind of audience for Bieber’s domestic-bliss era because Changes has been a long-tail success in some ways. The “Yummy” video now boasts nearly 500 million views. “Intentions” worked its way to the top 10, hitting #1 at pop radio. And beyond any statistical measure, there’s the fact that Bieber simply will not stop releasing songs about loving his wife.

Even before Changes there was “I Don’t Care,” Bieber’s 2019 electronically infused folk-pop duet with Ed Sheeran about leaving a party to be alone with your significant other. Then came “10,000 Hours,” a collaboration with Dan + Shay, a country duo whose music tends to sound like Christian pop at its most adult-contemporary. “I’d spend 10,000 hours and 10,000 more,” went the chorus, “Oh, if that’s what it takes to learn that sweet heart of yours.” After coronavirus put the world on lockdown, Bieber kept that same vibe going on the retro slow dance “Stuck With U,” a flash #1 hit alongside old friend Ariana Grande that updated Changes for the quarantine era: “Kinda hope we’re here forever/ There’s nobody on these streets/ If you told me that the world’s endin’/ Ain’t no other way that I can spend it.”