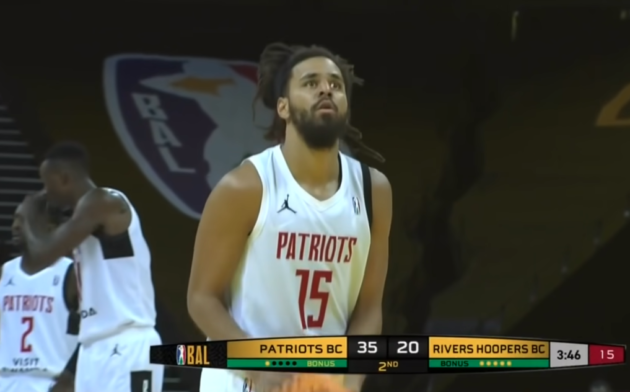 Hot off the release of his album, The Off-Season, J.Cole made his pro basketball debut in the inaugural Basketball Africa League over the weekend.

On Sunday (May 16), Jermaine Cole hit the court with the Rwanda Patriots in Kigali where they defeated the Nigeria’s River Hoopers 83-60 for the league’s season opener.

The 36-year-old rapper and ball player finished with three points, three rebounds and two assists in just under 18 minutes of playing time. Cole’s first professional bucket was a ball back up off the left side and added free throw on a technical in the second quarter.

J.Cole signed with the Rwanda Patriots the week before.