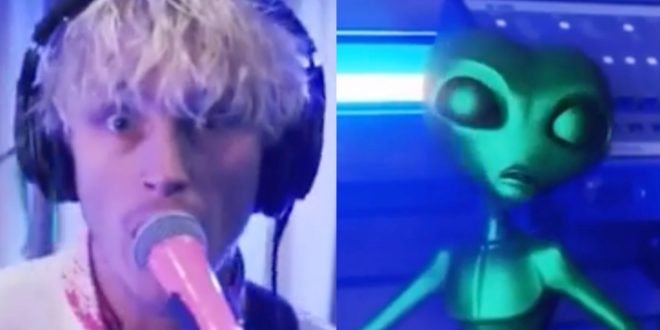 After teasing fans with a performance of a mysterious song on Good Morning America, Machine Gun Kelly has unveiled that the next song from his forthcoming album, Tickets For My Downfall, is entitled “Concert For Aliens.”

The track has his friend and collaborative partner, Travis Barker, who also appeared during their debut performance of the song on Good Morning America earlier today.

You can hear the new song below.