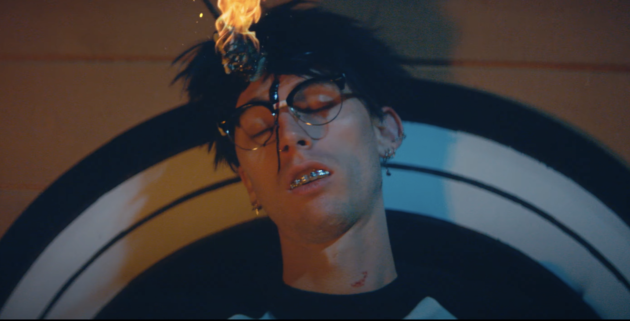 Love is off to the races and turns bloody in Machine Gun Kelly’s new video co-starring Sleeping With Sirens’ frontman Kellin Quinn.

In the horrifying film, Machine Gun Kelly portrays various roles at the summer camp Emo Pointe, where kids are murdered by a serial killer.

Quinn plays a lifeguard while young woman is killed in the pool and MGK is among the others who are killed on the campgrounds. The clip also features co-producer Travis Barker who rocks out with the duo in the cabin. Don’t come outside.