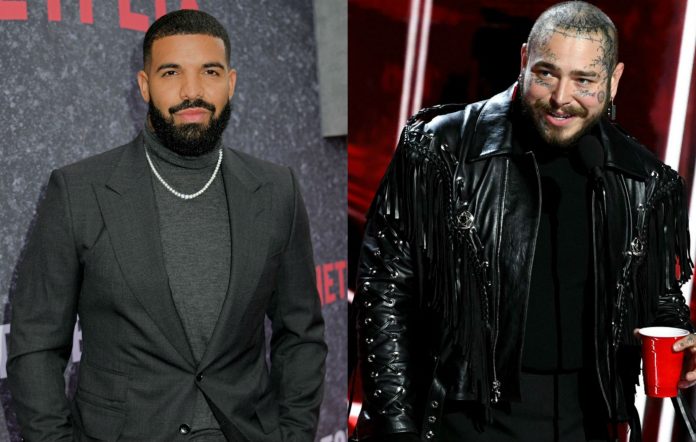 The rapper opened up about his new Messenger series Post Malone’s Celebrity World Pong League during a recent appearance on The Tonight Show Starring Jimmy Fallon.

Explaining that the concept was “about kind of kicking it with a couple of friends”, Fallon went on to ask which players weren’t very good.

“Drake’s no good,” he recalled of playing the star in Toronto. “I was just like, ‘Man, he sucks.’ If you see this, come meet me again, we’ll play again. But he was terrible.”

During the chat, Malone also spoke about making new music amid the coronavirus pandemic, teasing some “awesome” stuff.

MP3: Drakeo the Ruler – Talk to Me Ft. Drake